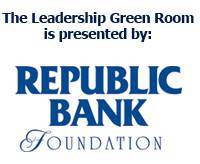 Developing and leading high-performance teams can be one of the most rewarding experiences of your career – and also one of the most challenging. You recognize a high-performing team when you see one, but what enables their success isn’t always as clear. By understanding how to create and sustain high-performance teams while also developing the skills and confidence of each individual, you can unlock the full potential of your people and increase organizational effectiveness.

SOLD OUT – Register for the next time this course is offered on February 10-11, 2022
Leadership Louisville Center members receive $100 off – contact us for the discount code.
Become a Green Room package holder and receive discounts of up to 20%. Contact Paul Bolton

This course is available as group training for your organization; it can be delivered as virtual sessions, on-site at your company, or at our state-of-the-art training facility. Learn more

Aaron has been with the Leadership Louisville Center since 2012, and spent the previous 17 years in broadcasting, working as a radio morning show host and promotions/marketing director for a multi-station cluster. Miller was elected to two terms as a city council member for the city of Lyndon (a small city within Jefferson County) in 2002 and 2004, and he has also worked as a blogger for Gannett/The Courier-Journal.

In 2015, Business First magazine named him one of “20 People to Know in Nonprofits.” He has received other awards including Business First’s Forty Under 40 in 2010, the Young Professionals Association of Louisville’s President’s Award in 2009, and the Make-A-Wish Foundation’s Strength Award in 2007 and Hope Award in 2004.

Jo Lloyd-Triplett is the Leadership Development Manager at The Leadership Louisville Center, where she inspires and equips leaders to be better and do better through facilitation, curriculum development, and civic engagement opportunities.

Previously, Jo served as the Executive Director at Sister Cities of Louisville for six years, where she created exchanges in arts and culture, business and trade, youth and education, community development, and humanitarian work that not only encouraged global friendship but helped to tackle the world’s most pressing issues at the local level. She was also instrumental in establishing Louisville’s 9th Sister City.

Prior to this Jo was part of the team that brings the world to Louisville each Labor Day weekend through Worldfest – the region’s largest International festival. Her role also included being a liaison for Louisville Metro Government to the growing immigrant community and representing the Mayor at all international events. Jo served for four years as the United Kingdom ambassador for Greater Louisville Inc. and was also part of their women’s resource group which engaged and connected trailing spouses in Louisville. British born and educated, she holds a BA in languages and economics from the University of Sheffield. The USA has been home since 2004 and is the third country that Jo has called home. 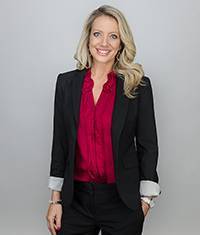 Lisa Zangari is Vice President at the Leadership Louisville Center and is a frequent speaker at events and conferences around the region. The Center is a national leader in civic engagement and leadership development whose purpose is to inspire and equip leaders to BE BETTER and DO BETTER. Her work has been published in TD Magazine and in 2017, Lisa was also recognized as one of Business First’s 20 People to Know in Career Development.

Prior to joining the Center, Lisa spent over a decade as a management consultant in New York City, where she partnered closely with organizations to develop new products, launch new ventures and nurture more innovative corporate cultures. She’s designed numerous leadership programs for companies like AARP, Abbott Pharmaceuticals, Citibank, Disney, Hasbro, Pfizer, The Acumen Fund, The Hershey Company, and more. In addition to leading a team in North America, this invigorating work gave Lisa the opportunity to travel to Africa, Asia, Latin America, and Europe.

Lisa is active in several community organizations and serves on the boards of a local food-access nonprofit, and the Kentucky Center for the Performing Arts. She holds a bachelor’s degree in psychology and earned her M.B.A. from Texas A&M University.

The Leadership Louisville Center is currently hosting its Leadership Green Room courses in person. We will be practicing all health and safety protocols as suggested by the Centers for Disease Control and Prevention (CDC), federal, and state authorities.

As COVID regulations and policies change, updates to our protocols will be posted here

The HR Certification Institute® (HRCI®) has pre-approved this workshop for 6.5 recertification credit hours. This program is also valid for 6.5 PDCs for the SHRM-CPSM or SHRM-SCPSM.

What are you looking for?

Get in touch with us

We’d love to discuss how our leadership training courses can best fit your organization’s needs.

Join our community of civic leaders